Updates to Dale's profile since your last visit are highlighted in yellow. 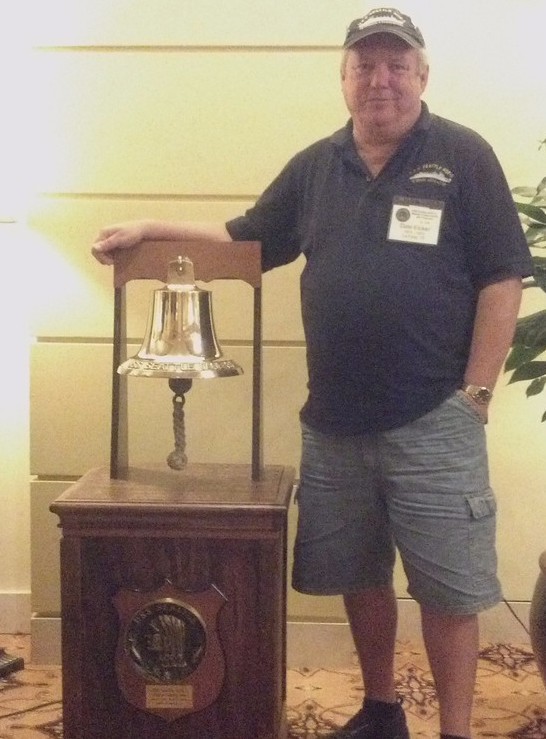 Yes! Attending Reunion
Send Dale a private message
What Years did you serve aboard the Seattle?

What Division were you in while assigned aboard the Seattle?

What Rank were you on the Seattle?

Are you a Plank Owner of USS Seattle (AOE-3)

Are you a member of the decommissioning crew?

Besides Clowning around, I was a Chef at the Green Oaks Inn of Fort Worth,TX for a short while, managed a small restaurant then became Assistant Manager for a Wolfe Nursery store that led me to Houston, TX. After trying my hand (unsuccessfully) at sales (land and insurance) I became an Operator Trainee at a Specialty Chemicals Manufacturing company (Dixie Chemical). Over the course of 37 years with Dixie, I worked my way up from Trainee to Operations Manager with responsibility for half of the plant with 21 processing units, 7 Supervisors, and 52 Operators producing more than 60 different products that included things from Kosher paper sizing to GMP (food and drug) materials and JP-10 the fuel for Tomahawk missiles. After Dixie, I worked for 4 years writing process procedures and training manuals for Chemical Plants and Refineries to teach people how to safely operate them. Also worked for 2 years at Huntsman Chemical in a plant that recycled plastics (billions of plastic bottles per year) to make the solution used to produce sprayed in foam insulation. Retired to spend more time with family and definitely to spend more time fishing which is my favorite pastime..

Professional Clown since 1966 while still in high school. Joined the Navy on delay program out of high school, attended a school out of boot camp, then served aboard the USS Keywadin - short tour since we decommissioned her after a trip to San Juan to tow a target (DE) down there for other ships to plink away at. Joined the crew of Seattle in late 1970 as a member of the deck crew. Spent my first week aboard in Sick Bay with pneumonia and awoke to find we had sailed - received arms - and were heading to the Med for trip # 1... Got to work a few Un-Reps, drive the liberty boats, and had some good times before "RDF" decided to send me down to be a mess cook. That's when I became a cook and the rest - as they say - is history...Performed as a Clown for the children's wing in the Norfolk Naval Hospital and also performed as a Clown in a nightclub in Athens, Greece while we were there on liberty..

Dale Eicker
Dale Eicker has left an In Memory comment for Raymond Daigle.

It is with sorrow that we say good bye to another shipmate.

Welcome shipmate - please consider joining as a full member for 2021 - dues are just $30 per year and you get several benefits plus a nice welcome package that includes a ship's coin and member lapel pin.

Was sorry to hear that one of our shipmates had passed.

He spent a year at University of Massachusetts and left to attend the US Naval Academy in Annapolis, MD, graduating in 1968, he continued his education earning his Masters at the Naval Post Graduate School in Monterey CA in 1978.

He served his country as a Naval Officer for over 20 years (recipient of 2 Meritorious Service Medals, Navy Achievement Medal with Combat V and Vietnamese Cross of Gallantry) a contractor for the Defense Department , an Operations & Budget lead for the Spina Bifida Association of America , employee of the General Services Administration helping write the Travel and Transportation regulations for most of the civilian employees of the Executive Branch of the Federal Government, a branch chief in Transportation for the U.S. Coast Guard, a branch chief for the Travel & Transportation Branch (recipient of the Vice Presidential "Hammer" Award for reducing paperwork in government) , a baseball umpire (Little League through junior college for 21 years).

He led an active civic life (Jaycees 1978 until his death [received Virginia Life membership and Jaycees International Senatorship], Sister Cities of Herndon (paired with the Borough of Runnymede, England) as a member, treasurer, and president, Optimist Club of Herndon (assistance coach and baseball umpire), Camp Virginia Jaycee (for developmentally challenged persons) as Secretary-Treasurer for several years [received Hall of Fame induction], Dare to Care (umbrella group for Camp Virginia Jaycee), served as District Chairman for 3 years (9 years on the District Committee) of the Powhatan District of the National Capital Area Boy Scouts of America (recipient of the James E West Fellowship and Silver Beaver Award), served on the board and as secretary treasurer/board chairman of the Spina Bifida Association of America, appointed to Town of Herndon Architecture Review Board (1985-1987), appointed to Town of Herndon Board of Zoning Appeals (1987-1988), appointed to Town of Herndon Planning Commission (1988-1990, 2002 – 2006), elected to 8 non-sequential terms on the Town of Herndon Council (90-92, 94-00, 06-12).

He sang with various choirs and groups and was an avid guitar player and even picked up the banjo and ukulele on occasion.

His efforts helped literally millions of people who will never know that he helped. His mark is left in his deeds and in his family.

The family will receive friends and family to pay respects at Evoy Funeral Home 3218 Bayshore Rd North Cape May, NJ on Monday November 16, 2020 at 1-3 pm and 6-8 pm. Services will be on Tuesday November 17, 2020 at 2pm at St. Demetrios Greek Orthodox Church, 321 St. Demetrios Ave., Wildwood, NJ. Interment will be at Arlington National Cemetery in Arlington, VA at a later date.

The family has asked that donations be made in his memory to the US Naval Academy Foundation or to St. Demetrios Greek Orthodox Church. Condolences can be shared at www.EvoyFuneralHome.com.

Hey vic - have a question..
How much walking is involved with the City Tour?

Dale Eicker
Dale Eicker has a birthday today.
Back to Dale's Profile Details