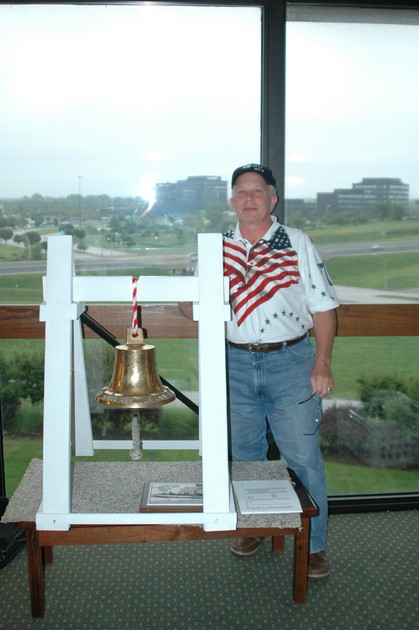 I was born while my parents (father was in the Air Force) were stationed in Japan on August 13, 1948. After graduation from High School in 1967 I spent one year in college and then joined the US Navy in June of 1968 and was assigned to Electronics “A” school which ended prematurely with me being assigned to the USS Seattle pre-commissioning school in San Diego and later on the ship in Seattle Washington. I really enjoyed the Precom days on the ship helping to prepare the ship for her madden cruise. But most of all I was grateful to having meet and married my wife and mother to my kids in Bremerton, to date we have been married for over 40 years, married the same year the USS Seattle was commissioned, and still going strong.
I was released from active duty after four years on July 1972 after her second Med Cruise and moved to Waco, Texas where my wife and son had been living since the beginning of that Med cruise. After the Navy I attended Texas State Technical College for two years and received an AS degree in Laser Electro-Optics Technology and during that period, stayed on active reserves for the two years. After graduation Texas, I joined IBM in Poughkeepsie, NY as a Laser Tech and started Marist College working toward my BS degree which I received in December of 1979 and promptly moved back to Texas to get away from the cold winters and high taxes.
I spent 36 fun and rewarding years with IBM working in several aspects of the company, from research and development, manufacturing, technical system support, corporate technical marketing, PC and software marketing and outsource management my last 11 years. In March I officially retired from IBM and been enjoying it ever since. However, in April of 2010 I am back working for IBM as a contractor working with a customer here in Houston, go figure.
Sandy and I have two wonderful kids that live close enough so we get to see our six grandchildren as often as we want and their a gift from God to us older folks. Our oldest joined the Coast Guard this year and is really enjoying his new found carrier and is getting to see a lot of the East coast. Our youngest two were both born last summer and believe this will be the last of our grand kids.
We enjoy traveling around the country on short trips, I enjoy playing golf and just messing around on my computers at home and in the “garage wood shop”. We stay active in our church and since retirement starting to get into politics some.
So Bremerton, Washington and the USS Seattle hold a special place in my heart and life. The year the Seattle was commissioned and went through the Panama Cannel and under the bridge of the Americas, I was getting married in Texas and starting two new phases of my life, both very special and rewarding. 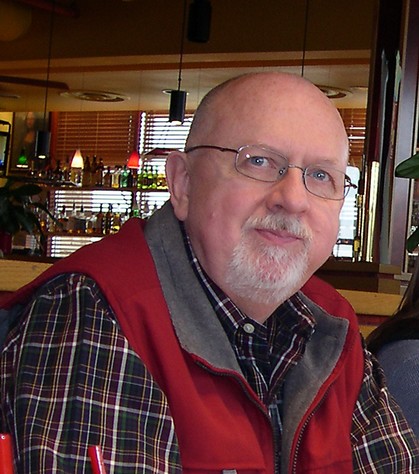 I was born the first son of a third generation jeweler and his wife in Marshalltown, Iowa October 2, 1946. I have one brother and one sister. 1964 was the year I graduated from high school. I attended Marshalltown Community College one year while waiting to get into the Culinary Institute of America where I was trained to be a chef, graduating in 1967. I managed a restaurant in Minnesota for the summer before the draft caught up with me. I danced around seven states before finding a way into the Navy seven days before my draft deadline in North Dakota. Portsmouth Naval Shipyard in New Hampshire was my first year of duty after boot camp in San Diego. Then back home for Christmas and back to San Diego in late December 1968 to join the pre-commissioning group of USS Seattle. Aboard ship I was one of two bakers that served your eating needs for several months. I became a second class commissaryman during that time and moved up the chain to watch captain more quickly than normal with a second class above me missing the ship leaving San Diego for the Panama Canal. I served in that capacity until being shifted to a storekeeper billet as we left for our first med cruise. That was my job until I left the Seattle and Navy on July 8, 1971.

My brother was active in the family business at that time but had just left for Viet Nam so I came home to help until his return. He was almost kill in Nam and came home on a stretcher and had many month of rehab. I became very active in the business and his interest waned during his recovery. I have been here ever since. I have been very active in my community and my occupation. I served on our local draft board upon my return from the Navy until it was disbanded. I served on our county commission of veteran affairs for twenty two years. I served on all offices in the American Legion since 1971including Commander and still serve. Other service included my church board, community theatre board, Red Cross board, and Central Business District board. In my occupation I served on the Iowa Jewelers Association for many years and offices including a two year term as president. Following that I was elected by 11 states to serve on our national association board Jewelers of America for 8 years.
I married my life partner, Gayle, during my military days. In fact, we were married on the first anniversary of the ships commissioning. We have two daughters. Nicole is single. Erika is married and has blessed us with the two most fabulous granddaughters on the planet. All of our family lives in Marion, Iowa which is about 90 minutes from us. After raising our daughters, Gayle has been active in our business and community. This past August she was elected president of the Iowa Jewelers Association. Eight years ago she conceived the idea to have a community fund raising effort to provide Christmas gifts for the residents of our state veterans home with little or no family. She has led this effort for 8 years and I am most proud of her.

I want to say a big thank you for coming to Kansas City and starting the best association of shipmates that will ever be.  When I conceived this idea, I knew if I called Bill, he would come.  Then if I could get six more shipmates I would consider it a success.  Well, I was overwhelmed with 20 shipmates from 15 states and both coasts coming together.  But most of all, I am so impressed with the talent that you each bring to our group.  We cannot help but grow into an awesome association when we hand it over to younger guys.

Again, thank you all for all you have done and what you will do. 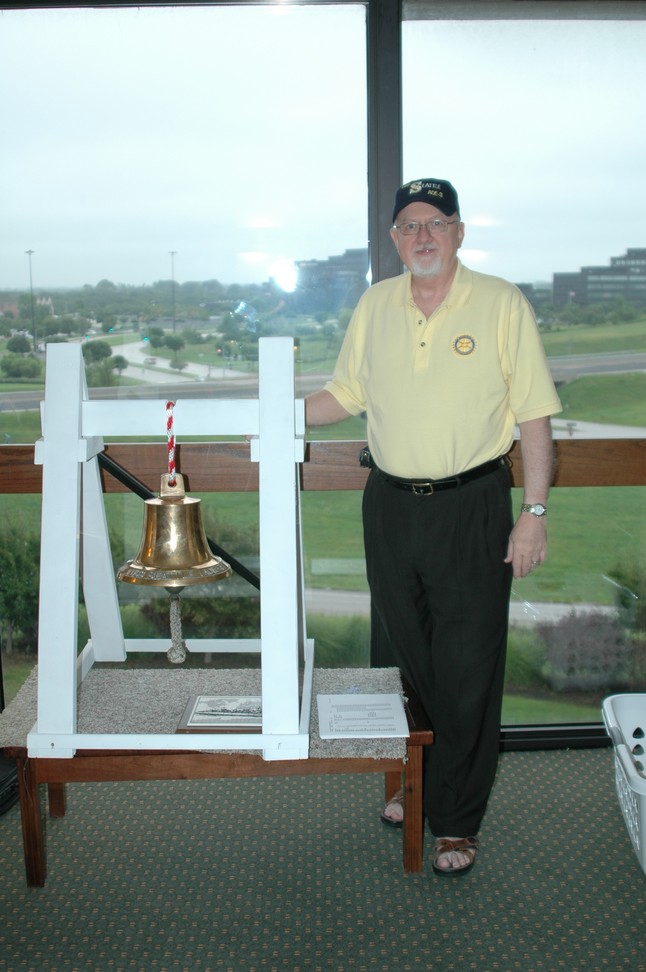 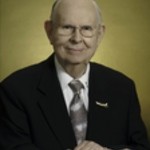